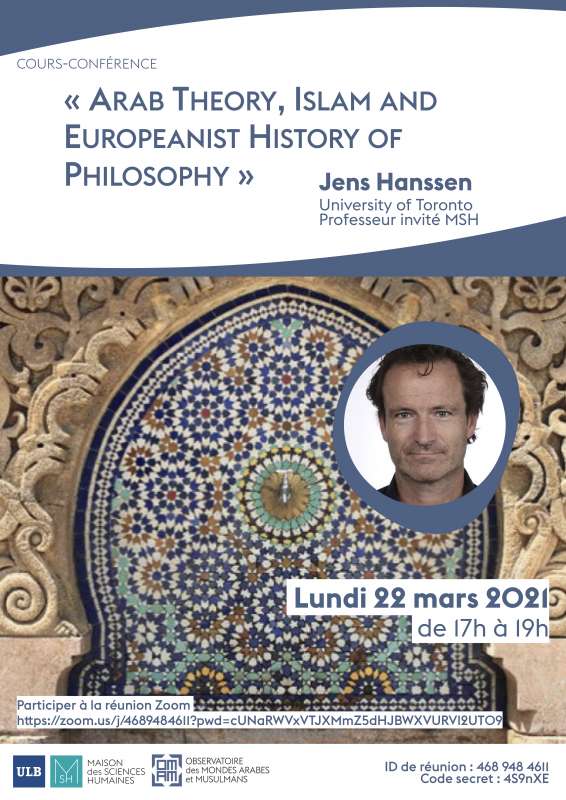 On march 22nd 2021 Jens Hanssen, Associate Professor of Middle East History at the University of Toronto, and co-editor of the books will give a lecture on an aspect of his ongoing research on Arabic-German intellectual entanglement in the 20th century. It is about two philosophers – one German, one Lebanese – who were inspired by the Iranian communist party’s commemoration of Ibn Sina’s 1,000th (hijri) year of his death in 1952. The lecture explores what the materialist perspectives of Ernst Bloch and Husayn Muruwwah can offer us in today’s resurgence of foundationalist, nativist and identitarian conceptions of history. What accounts for continued European philosophical blindness to the Mediterranean cross-fertilization of Aristotelianism since late Antiquity; and what were modern Arab intellectuals’ stakes in combining continental and Arabic-Islamic philosophies?