A Feminist Revolution? Perspectives on the Freedom Movement in Iran – Online Panel 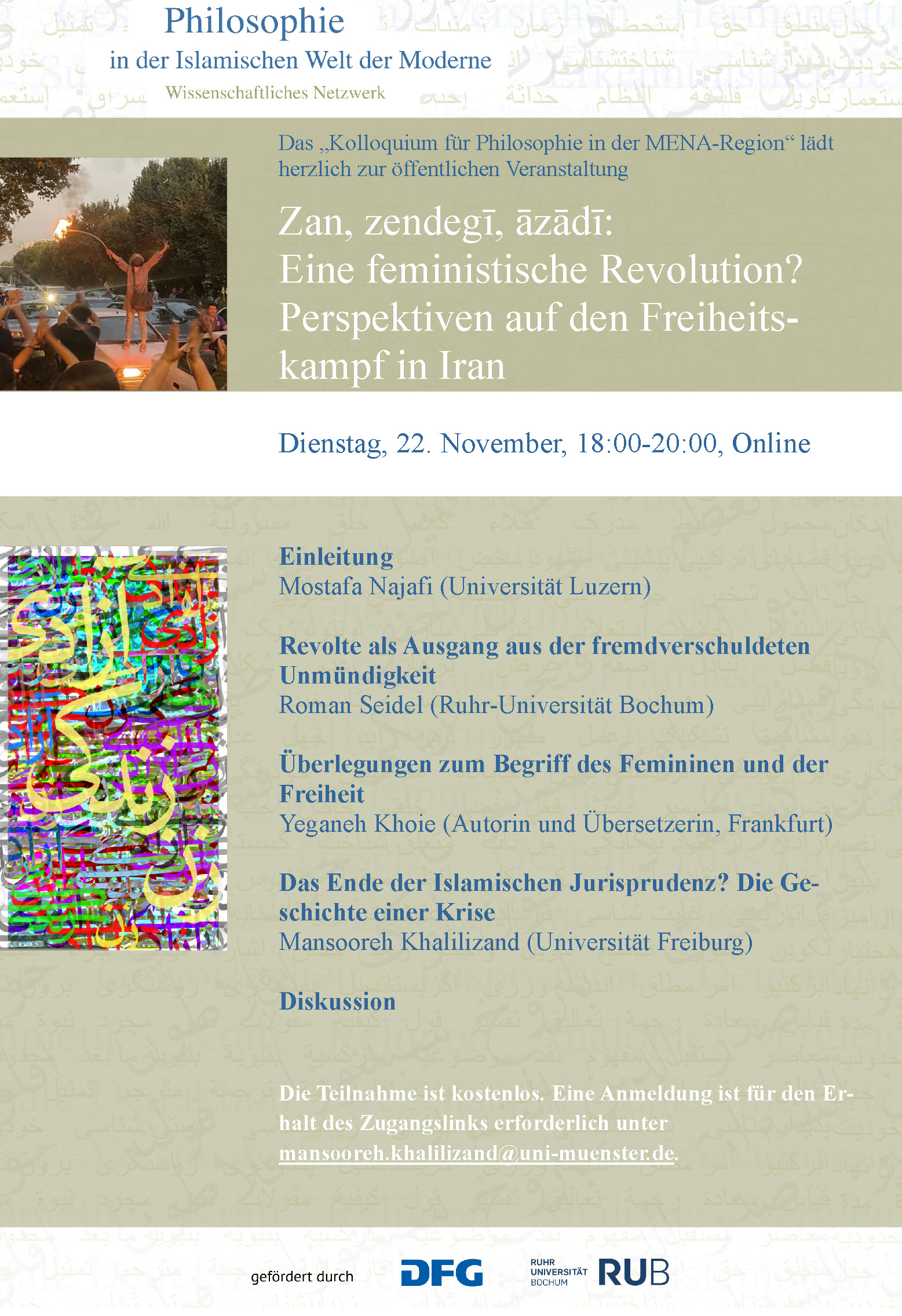 Zan, zendegī, āzādī: A Feminist Revolution?
Perspectives on the Freedom Movement in Iran

The network “Philosophy in the Islamic Modern World” and the colloquium “Philosophy in the MENA Region” is organising a public online panel session (in German) on the protest movement in Iran on Tue 22 Nov 2022 (6-8pm). Since mid-September 2022, people in Iran are protesting for a life in dignity and freedom. Women play a leading role in the protest movement, which is why it is already labelled a feminist revolution. Under the slogan “Women, Life, Freedom” (zan, zendegī, āzādī), the protests have developed an unexpected dynamic that has already brought about profound social changes. Which conceptual and historical perspectives are helpful to understand the emergence and development of the current events.? How can the unbroken will of the movement be explained, what is the significance of the pioneering roles of women and young people, what holds this movement together and how can its global political dimension be conceptually reflected? This and other questions will be addressed on the panel in input lectures and subsequent discussion.

Link the Essay A Figurative Feminist Revolution in Iran by “L”