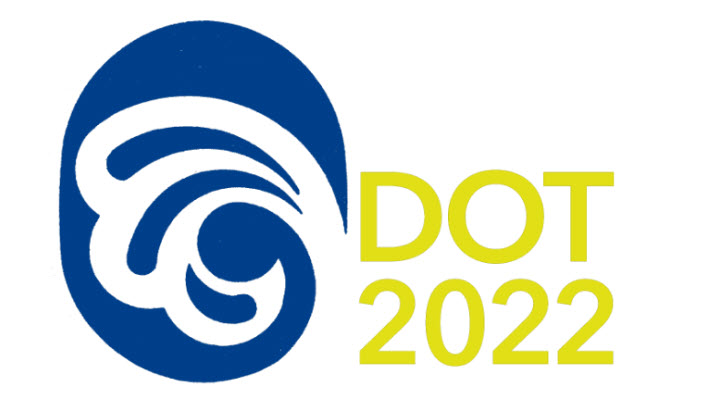 The network “Philosophy of the Islamic World in Modernity” was represented with two panels at the Deutscher Orientalistentag (DOT) 2022, which took place at Freie Universität Berlin from 12 to 17 September 2022. Philosophy had its own section under the direction of Prof. Peter Adamson. In addition to a series of mostly well-attended individual lectures on current research projects on philosophy in the Islamic world, the section included, a keynote address by Prof. Nadja Germann entitled “Quo vadis Philosophy in the Islamic World?” and a public presentation of the 2021 volumes of the series Grundriss der Geschichte der Philosophie. Philosophie in der islamischen Welt (ed. Ulrich Rudolph) also thematic panels organised by current research initiatives.

Among them was the panel organised by Roman Seidel and Kata Moser, Philosophie in der islamischen Welt der Moderne. Auslotung eines Forschungsfeldes (Philosophy in the Modern Islamic World. Exploring a Field of Research). The aim of the panel was to discuss perspectives of and avenues for research for the network and to present some initiatives and projects of its members. The contribution by Roman Seidel Asymmetrien überwinden. Philosophie in der islamischen Welt der Moderne im akademischen Feld (Overcoming Asymmetries. Philosophy in the Modern Islamic World in the Academic Field) discussed some methodological and structural difficulties that appear as both opportunities and obstacles for the still young field of research in the tension between established disciplines. He also discussed the extent to which epistemic asymmetries constitute hindrances at different levels (in contexts of tradition, concepts and discourse) and presented some of the network’s initiatives and questions with a view to its main thematic fields (history of philosophy, theoretical philosophy, philosophy of the political and transfer to the educational context). Kata Moser’s contribution Von Philosophiebegriffen und deren Implikationen (On Concepts of Philosophy and their Implications) addressed the situation of the research field in the context of philosophical meta-discourses on concepts of philosophy, asked about the positionality of philosophy between global and regional perspectives, and discussed the task of epistemic decolonisation of thought as an important approach of the network in research and interaction with philosophers of the modern Islamic world. Carool Kersten’s planned lecture McCutcheon’s Taxonomy and the Study of Philosophy in the Contemporary Muslim World unfortunately had to be cancelled. In his lecture Philosophie, islamische Tradition und das moderne Politische: Politik der Historizität und Dekolonisierung (Philosophy, Islamic Tradition and the Modern Political: Politics of Historicity and Decolonisation), Nils Riecken started from the hypothesis that the political as a zone of fundamental conflict is central for Arab philosophical thought in the epoch of colonialism and decolonisation. Starting from Abdallah Laroui’s critique of the absolute and the idea of the “concretely universal”, he discussed how conceptions of the political identified as secular and religious are grounded by different forms of historicity in the contingent connection of pasts, presents, futures. From this perspective, he simultaneously problematised the science-immanent code of outdated versus new as a certain historicity and grounding of the political, which leads to a narrowed view of non-Western philosophies. Finally, Erdmann Görg discussed in his lecture Islamische Philosophie im Philosophieunterricht – Ein Desiderat der Philosophiedidaktik (Islamic Philosophy in Philosophy Classes – A Desideratum of Philosophy Didactics) Deficit, Needs and Perspectives of Teaching Philosophy of the Islamic World in School Classes by demonstrating, among other things, with the example of the didacticisation of a proof of God’s Existence by Avicenna, how Islamic philosophers can be integrated into philosophy classes and thereby be able to expand the philosophy canon.

The panel Revisiting Arab Formations of the Secular and Secularism, organised by Kata Moser and Nils Riecken, was scheduled in the Islamic Studies section. The contributions to this panel pleaded for a re-evaluation of the Arab formation of the secular and secularism. In doing so, the papers aimed neither to read these forms of secularism as the result of Western influences, nor to blur the historical differences between Islam and Western modernity by trying to define secularity as universal or to assume a singular Arab-Islamic secularism. Instead, they considered Arab concepts of secularism/secularity/secularity in their complex entanglements with Western modernity, the (after)effects of the colonial legacy and the intellectual traditions of the Arab-Islamic history of ideas. In his lecture Temporality, critique, and decolonisation in the works of ʿAllāl al-Fāsī, Nils Riecken analysed the concept of critique in the works of the Moroccan anti-colonial nationalist and scholar of Islamic law ʿAllāl al-Fāsī (1910-1974) with particular attention to his “Self-Critique” (Al-naqd al-ḏātī), which was first published in Cairo in 1952. In doing so, he argued that al-Fāsī’s notion of critique is not merely “apologetic”, but that he must rather be considered “an actor and theorist of decolonisation” (Shakry 2015), critically engaging with the impact of secular Western power and colonial rule on his life-world and the discursive tradition of Islam. In doing so, he highlighted how al-Fāsī’s work can connect several narratives, such as Arab nationalism, the Nahḍa and the Salafiyya, which are usually treated separately. In her presentation Secularism and modernization in a multi-confessional context: the example of Syria, Lorella Ventura asked to what extent the relationship between secular and religious principles in the Syrian constitution can be seen as the result of the complex consideration of the multi-confessional context and a particular balance between a secular, modern and modernising state on the one hand and the rejection of the marginalisation of the role of religion on the other. In her lecture Secularism re- and deconstructed in the dialogue between ʿAzīz al-ʿAẓma and ʿAbd al-Wahhāb al-Masīrī, Kata Moser outlined the positions of al-ʿAẓma, who examines secularism as a historical fact in its presence in the Arab world, and al-Masīrī, who strives for an adequate concept of secularism and at the same time the taming of the phenomenon of secularism. Both positions categorically exclude that of the other, which is why a dialogue (ḥiwār), as laid out in the joint publication of the two thinkers, fails completely. This split is paradigmatic for the Arab discourse on secularism and not only runs through the positions of Arab intellectuals but is replicated in the scholarly secondary literature. This raises the question of the extent to which research can adopt a neutral research standpoint here.

An internal meeting of the network members also took place on the occasion of the Deutsche Orientalistentag, where the agenda for the coming academic year and strategies for the further development of the research field were discussed.